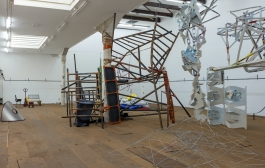 The Width of a Circle was a group exhibition in W139 Amsterdam.

In 2018 initiated by Esther de Graaf.

Everyone made new work for the Width of a Circle.

For the Width of a Circle a group of sculptors was formed. Each one in their own way motivated to individually and collectively explore new ways of bringing autonomous sculptural works together. The exhibition was primarily focussed on manifesting a sensory and visual language through collaborative effort.

A couple of conditions that applied to all participants led to a cohesive exhibition that consisted of a metal floor out of steel road plates.

The common conditions for the Width of a Circle were based on the idea of the 5 elements that we linked to the materials that we used for making new work. The base of these conditions was connected to the idea of the Platonic solids. The 5 Platonic elements were linked by Plato to the 5 elements that are earth, air, fire, water and ether. All artists were committed to use a maximum of 4 sorts of materials: paper, concrete, metal and plastics. In addition to these four materials, everyone was invited to introduce a fifth ‘animating’ element in their work. 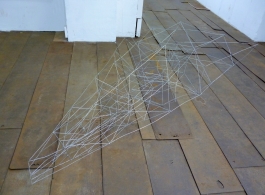 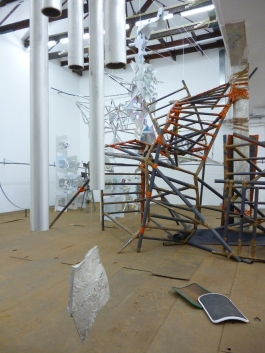 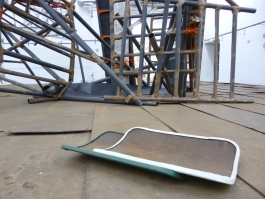 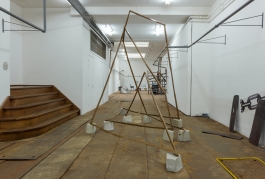 shown and made for The Width of a Circle W139 Amsterdam 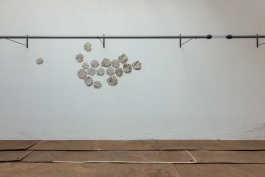 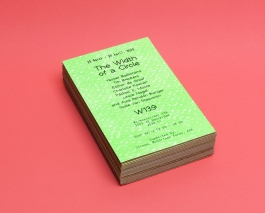 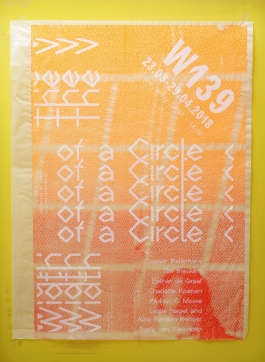 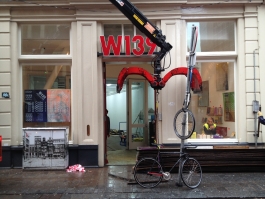 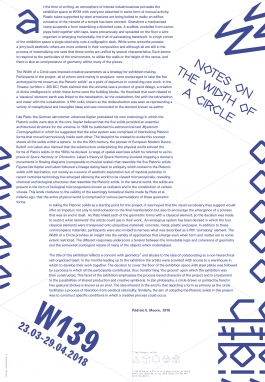 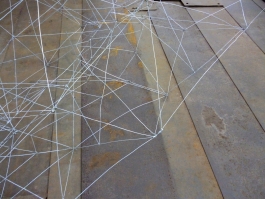 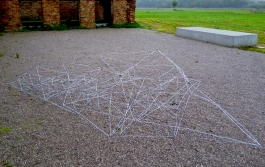